BOSTON – A nationwide study based at Massachusetts General Hospital (MGH) will investigate, for the first time, whether treatment with a statin drug can reduce the elevated risk of cardiovascular disease in individuals infected with the human immunodeficiency virus (HIV).  The REPRIEVE (Randomized Study to Prevent Vascular Events in HIV) trial is funded by the National Heart, Lung, and Blood Institute (NHLBI) and will be conducted in collaboration with the AIDS Clinical Trials Group, funded by the National Institute of Allergy and Infectious Diseases (NIAID).  MGH will receive more than $39 million in direct support of the trial.  Kowa Pharmaceuticals America, Inc, will provide the study drug and additional study funds.

The 6-year trial will enroll 6,500 participants at up to 100 sites primarily in North America.  Steven Grinspoon, MD, and Udo Hoffmann MD, MPH, are leading the study at MGH as principal investigators of the Clinical and Data Coordinating Centers, respectively.

“The risks of heart attack and stroke in HIV-infected individuals are from 50 to 100 percent higher than they are in uninfected people, and while some of these patients have traditional cardiovascular risk factors, recent studies suggest that HIV infection itself confers a unique set of risks, including immune system activation and arterial inflammation,” says Grinspoon, who is director of the MGH Program in Nutritional Metabolism and a professor of Medicine at Harvard Medical School.  “Those findings contributed to the hypothesis that statin therapy – which reduces inflammation and immune activation, as well as lipid levels – may be particularly well tailored to reducing that cardiovascular risk.”

Over the past decade, studies published by Grinspoon and his MGH research team were among the first to identify factors – including increased asymptomatic atherosclerosis and elevated markers of immune activation – that contribute to the increased cardiovascular risk among HIV-infected patients.  Using CT angiography, they found that coronary artery plaques in people infected with HIV were more likely to have features indicating an increased vulnerability to rupture, resulting in a clot that would block the artery and cause a heart attack.  The current study will test whether a daily dose of pitavastatin – a drug shown to  reduce low-density lipoprotein cholesterol in HIV patients without interacting with antiretroviral therapy drugs – can safely reduce the incidence of heart attack, stroke and other adverse cardiovascular events.

Study participants – HIV-infected men and women ages 40 to 75 who are on antiretroviral therapy and have no known cardiovascular disease and low traditional risk factors – will be randomized to receive either pitavastatin or a placebo for up to 72 months. Within the larger group of 6,500 participants, 800 will also receive detailed assessments of the impact of pitavastatin treatment on characteristics of arterial plaques and on biomarkers of inflammation in order to identify the mechanisms behind the effects of statin therapy.

“Understanding the structural changes that statins induce in the atherosclerotic plaques of HIV-infected patients and confirming the role of increased inflammation in triggering plaque rupture would add important justification for preventive statin therapy,” says Hoffmann, who directs the MGH Imagin Trial Center and is Chief of the Division of Cardiovascular Imaging in the MGH Department of Radiology and a professor of Radiology at Harvard Medical School. “If our hypothesis is true, we will know why statin therapy could prevent major cardiovascular events in these patients, even though they do not have elevated lipid levels and other classical indications for statin therapy.”  Over the past decade Hoffmann’s MGH group has pioneered the assessment of high-risk coronary atherosclerosis with CT angiography and has demonstrated its relationship to cardiovascular events in non-HIV-infected patients.

Grinspoon adds, “REPRIEVE will be among the largest randomized clinical trials conducted in the HIV population and the first study designed to investigate a large-scale cardiovascular disease prevention strategy in these patients. By addressing the critical question of statin efficacy in this group of patients, the study should provide important information as to efficacy and safety of this strategy for primary cardiovascular disease prevention in this population.”

In addition to Grinspoon and Hoffmann of the MGH, the trial leadership includes co-principal investigators Pamela Douglas, MD, professor of Medicine at Duke University, and Heather Ribaudo, PhD, senior biostatistician at the Harvard School of Public Health. Enrollment in the REPRIEVE trial is anticipated to begin in the Spring of 2015. Additional information is available at www.reprievetrial.org. 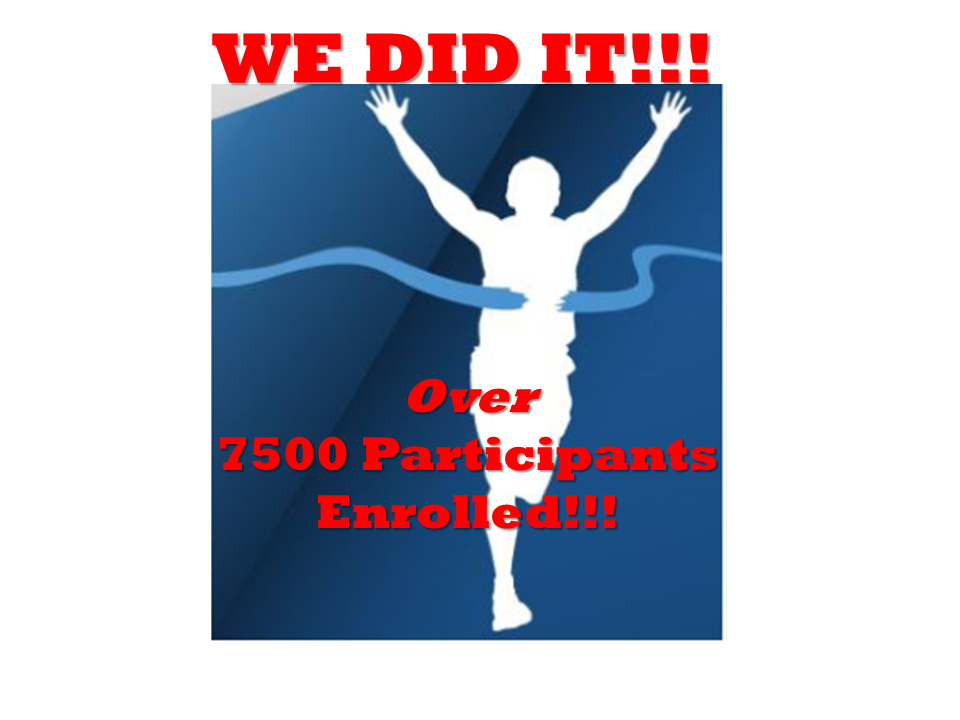 REPRIEVE Trial  @reprievetrial
Many members of our #REPRIEVETeam have been hard at work, on the front lines and behind the scenes, keeping our com… https://t.co/TmcOpx5uf0
reply retweet favorite